You are here: Home › Evolution of the DPA d:dicate™ 4006A Recording Microphone

The DPA 4006 Microphone has forged a reputation worldwide as an indispensable studio recording mic since it arrived on the scene in 1982. In its current form, DPA has brought the 4006 in line with DPA’s d:dicate™ modular microphone range and it is now called the DPA d:dicate™ 4006A Omni Recording Mic. Read on to learn how the d:dicate 4006A has changed over the 30-plus years of its life and what the latest version entails, and listen to a soundclip of a d:dicate 4006A stereo pair recording.

Here is a photograph of the DPA d:dicate™ 4006A Recording Microphone in its current form with modular preamp, capsule and grid:

The DPA 4006 was the first iteration of what was originally a Bruel & Kjaer microphone developed from the measurement mic division, but designed to transduce a full frequency response with a very wide dynamic range. The original capsule was designed to work with a 130v PSU and later adapted to 48V Phantom powering to be compatible with standard mixing consoles. The 4006 was an omnidirectional pressure gradient mic, pre-polarised with a high voltage standing charge on the back plate and supplied with an additional diffuse-field acoustic equalizer grid. The diaphragm was, and still is made of 2 micron thick nickel foil (German silver) with an ultra-thin anti-corrosive polymer layer. Designed for low self-noise and high sensitivity, the microphone cartridge on the 4006 was tightly
secured to the main body housing, with no option to remove it from its preamp.

In striving to achieve an even cleaner sound, DPA developed the 4006-TL. This evolution of the original 4006 was equipped with a state-of-the-art transformerless preamplifier, developed from the 4011 cardioid mic pre-amp and powered via a standard 48 V Phantom Power supply. The 4006-TL (TransformerLess) microphone was acoustically identical to its predecessor, though its design increased sensitivity and provided an extended low-frequency handling capability (15 Hz to 20 kHz ±2 dB). Only the highest quality components in this construction ensured the mic’s optimal neutrality, accuracy and extremely low distortion even at very high sound pressure levels. 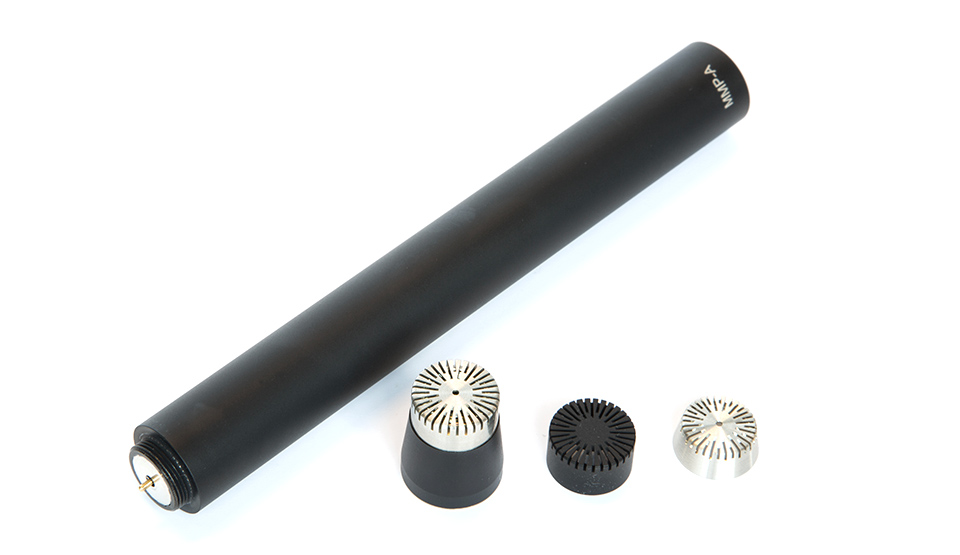 The latest version of this stalwart recording microphone sees the 4006 brought in line with DPA’s modern modular d:dicate™ microphone system – allowing the MMC4006 microphone capsule to be uncoupled from its preamp and interfaced with a variety of pre-amplifiers depending on the application. The d:dicate™ 4006A is transformerless offering excellent performance, neutrality and sensitivity with a standard 48V phantom power supply. Having built up the trust of countless studio engineers, it has earned a reputation as a worldwide recording standard, and rightly so. The d:dicate™ 4006A is supplied with far field, diffuse-field and near-field grids, and coupled with a selection of additional accessories this microphone remains one of the most versatile recording microphones the world over.
Click here for more details on the DPA d:dicate 4006A.

The following timeline shows the development of the “4006” omnidirectional microphone from it’s initial release in 1982 to the current day:

Listen to a recording using the DPA d:dicate 4006A

Recorded with Digital Audio Denmark AX24 mic preamp & converter system at 88,2 kHz / 24 bit in Merging Pyramix DAW. No reverb, equalization, compression or other signal processing has been applied to the files.

Sound Network is a premium pro audio distributor based in the UK, now a division of DPA Microphones. It has served the professional audio industry for over 20 years and has always prided itself on excellent products and high levels of customer service and support. Included in its distributed brands are DPA Microphones and Quested Monitoring Systems. Get in contact.
View all posts by Sound Network →